Wainwrights are a team of expert building consultants including highly skilled project managers, building surveyors and architects.  Our carefully selected team members all share the same ethos to strive to be the best in our field and to deliver outstanding results for our clients.  Scroll through to find out more about each of us or get in touch via our Contact Us page. 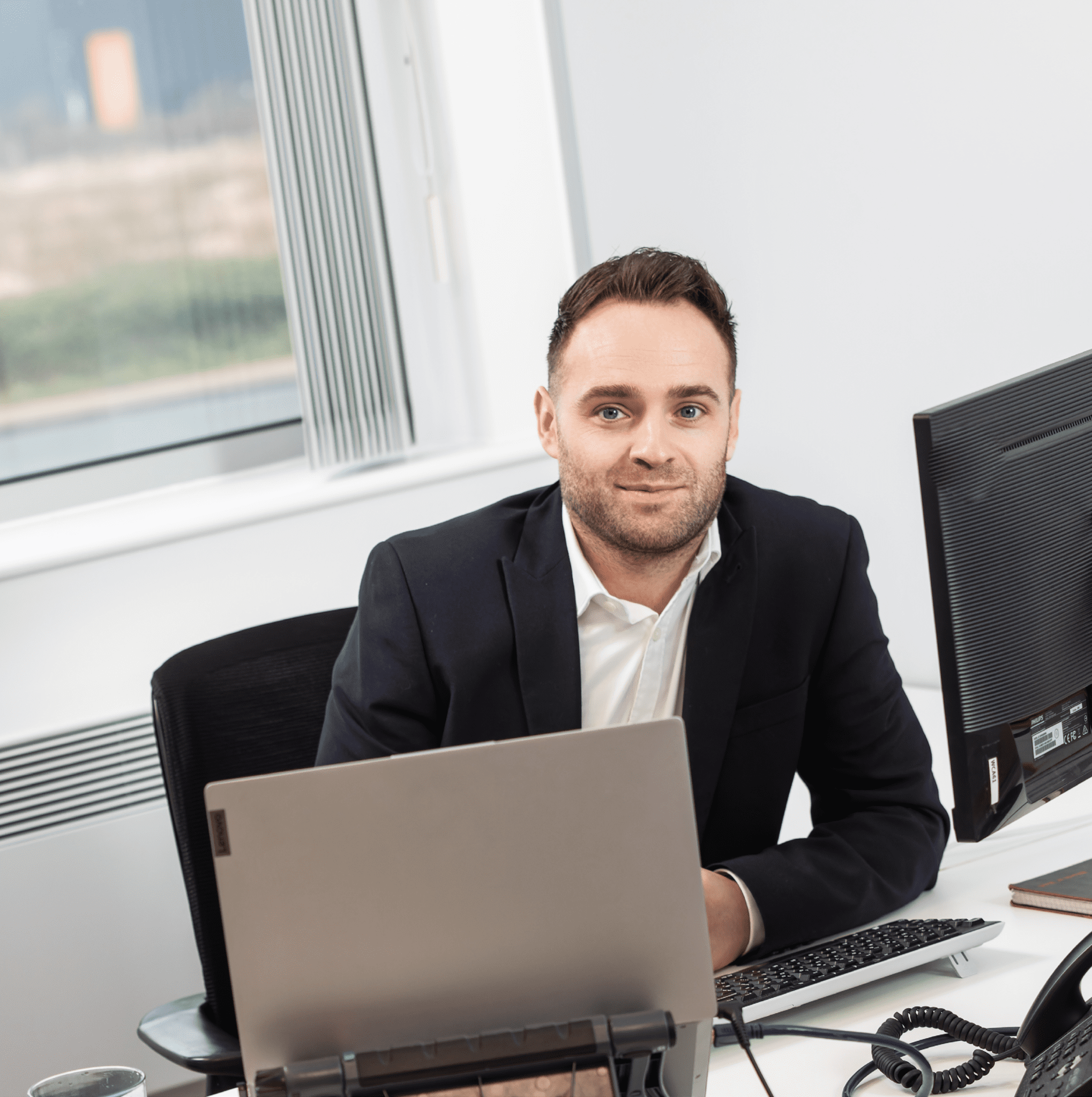 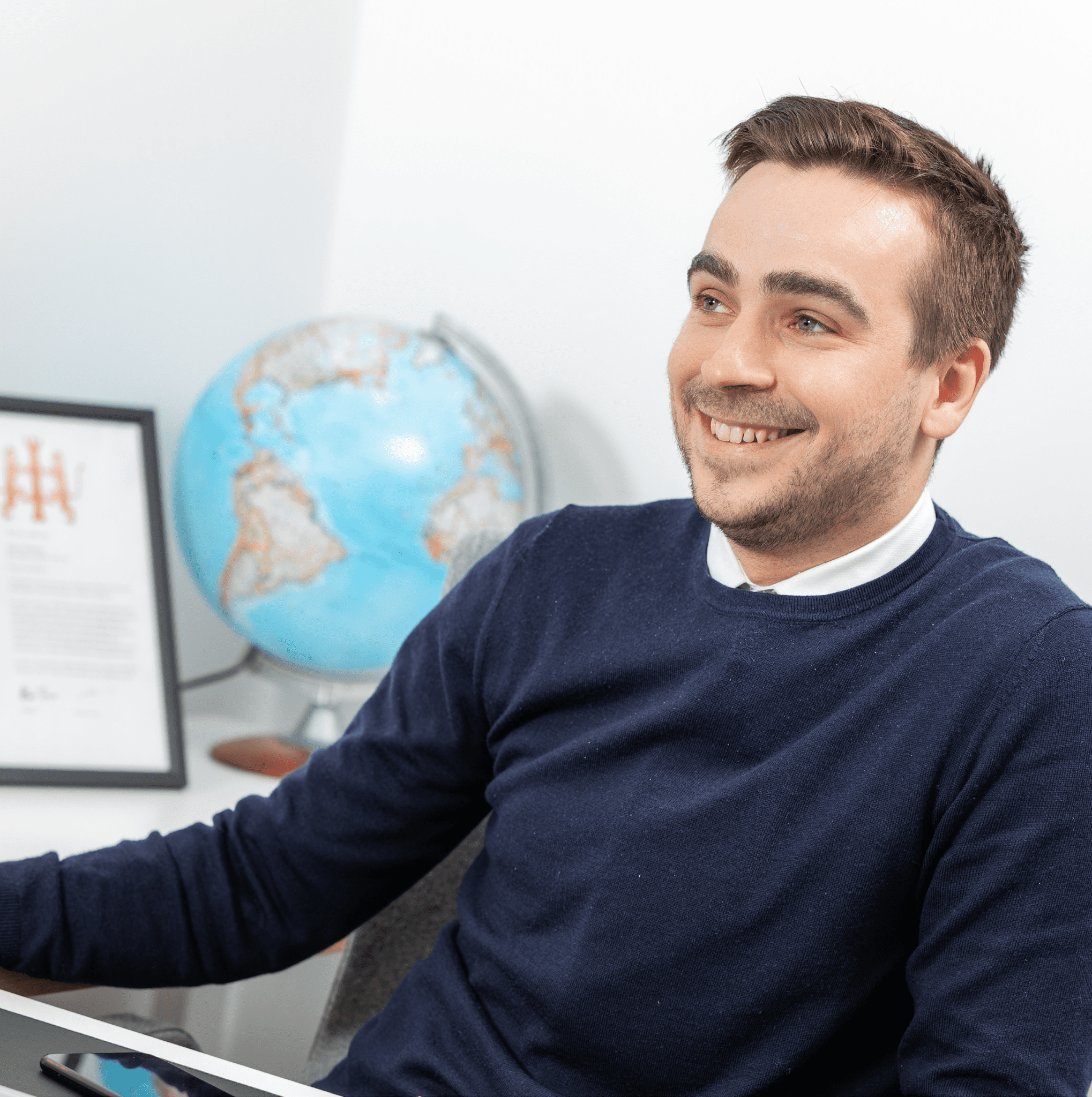 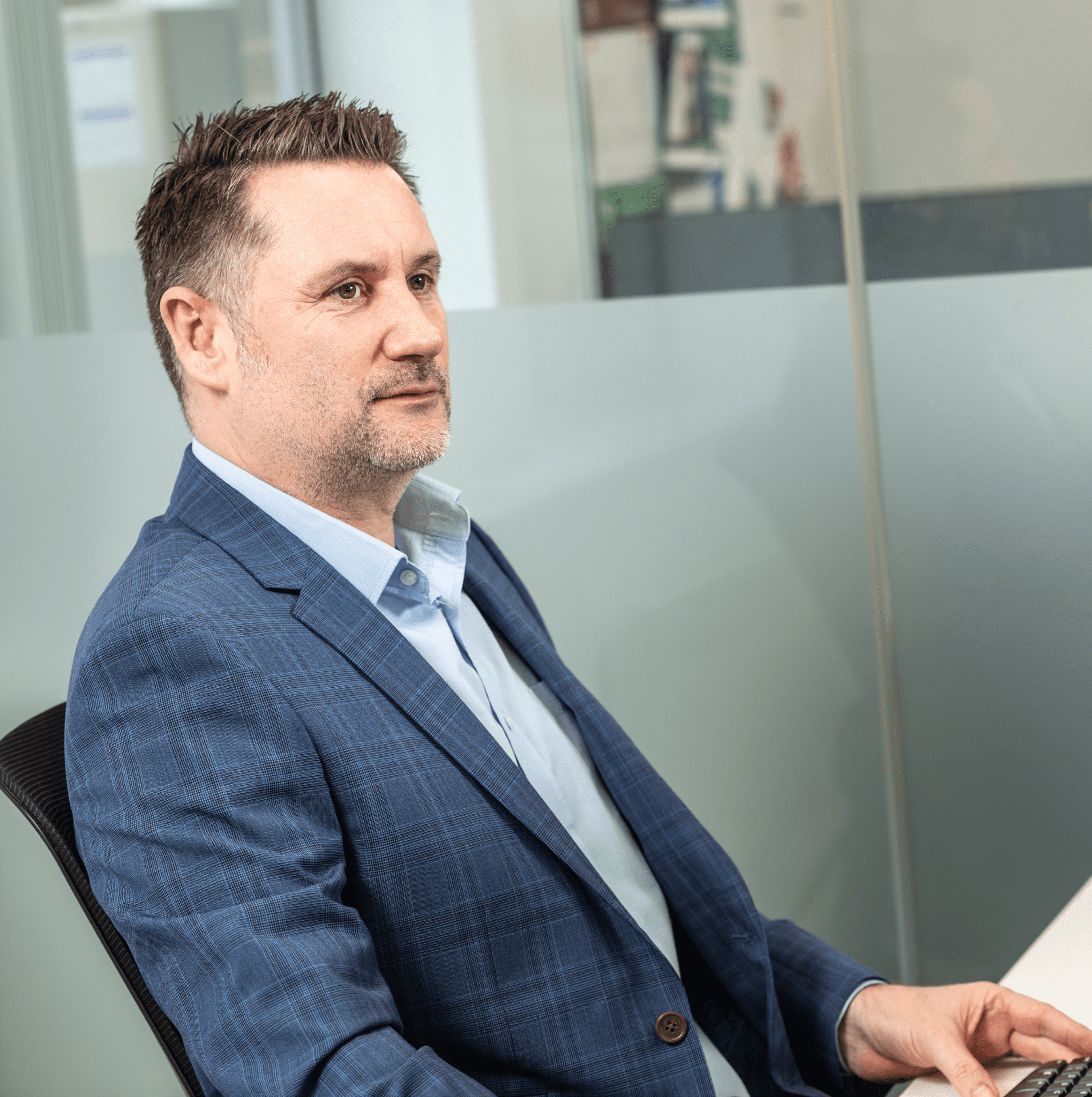 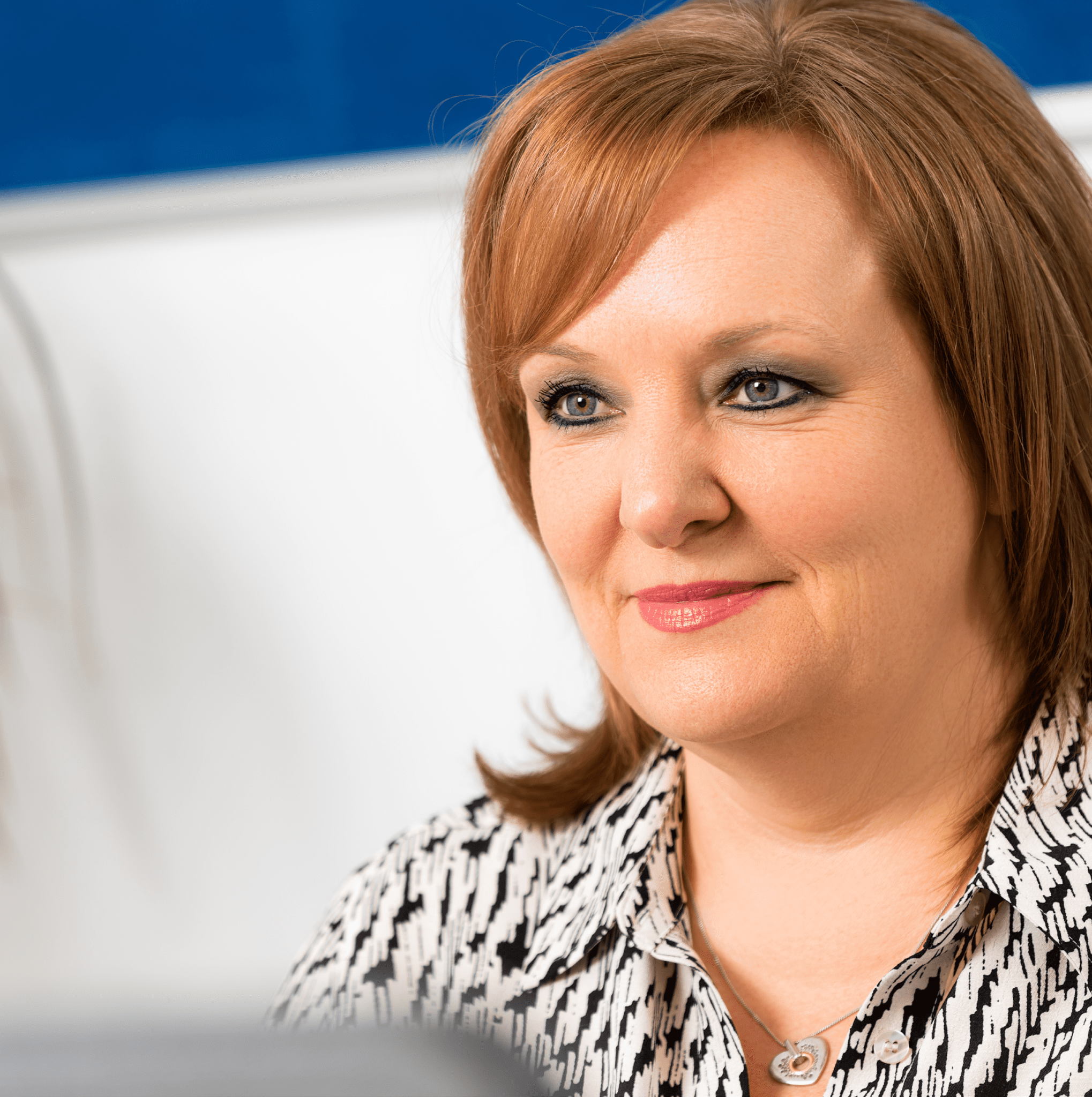 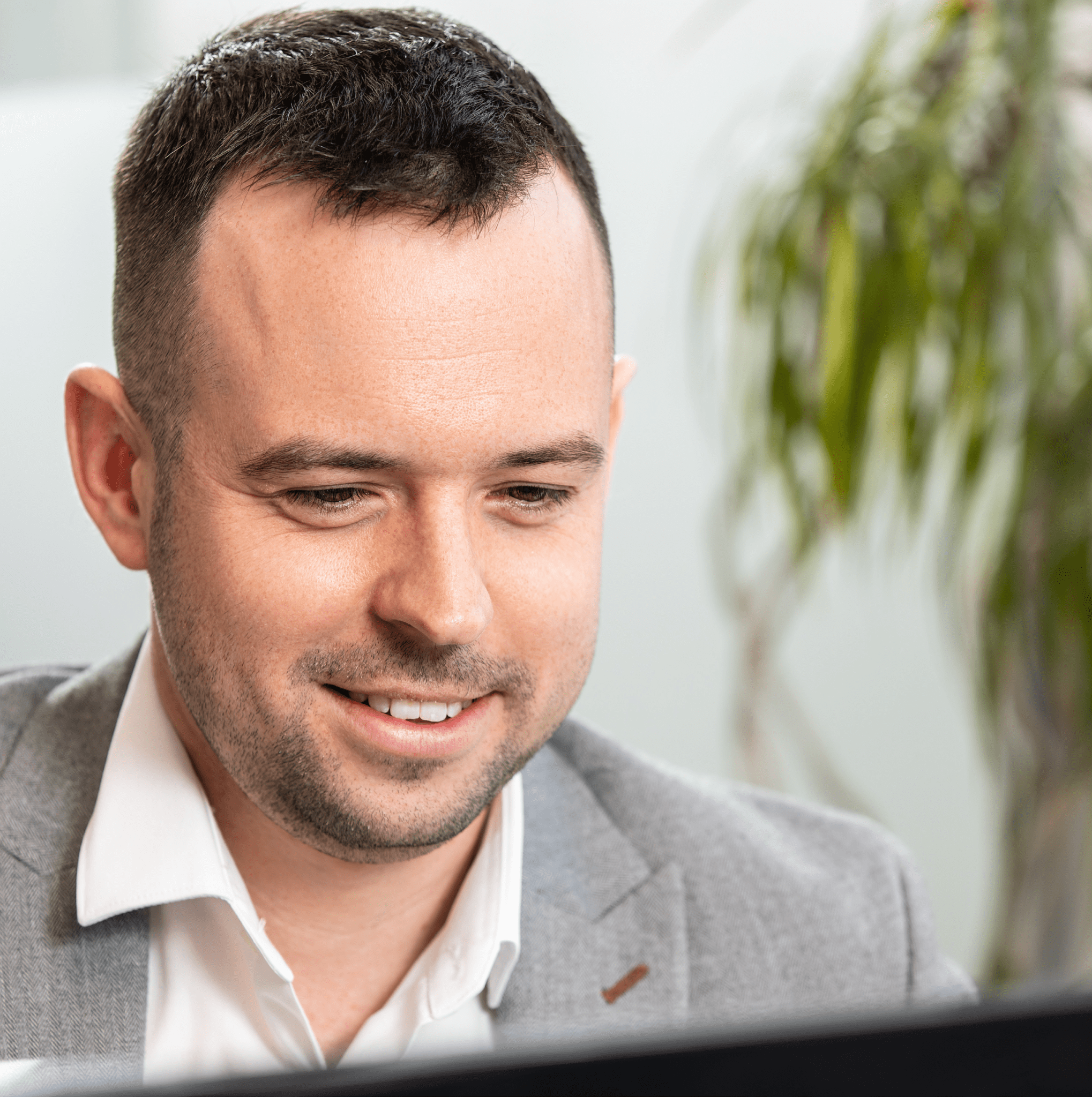 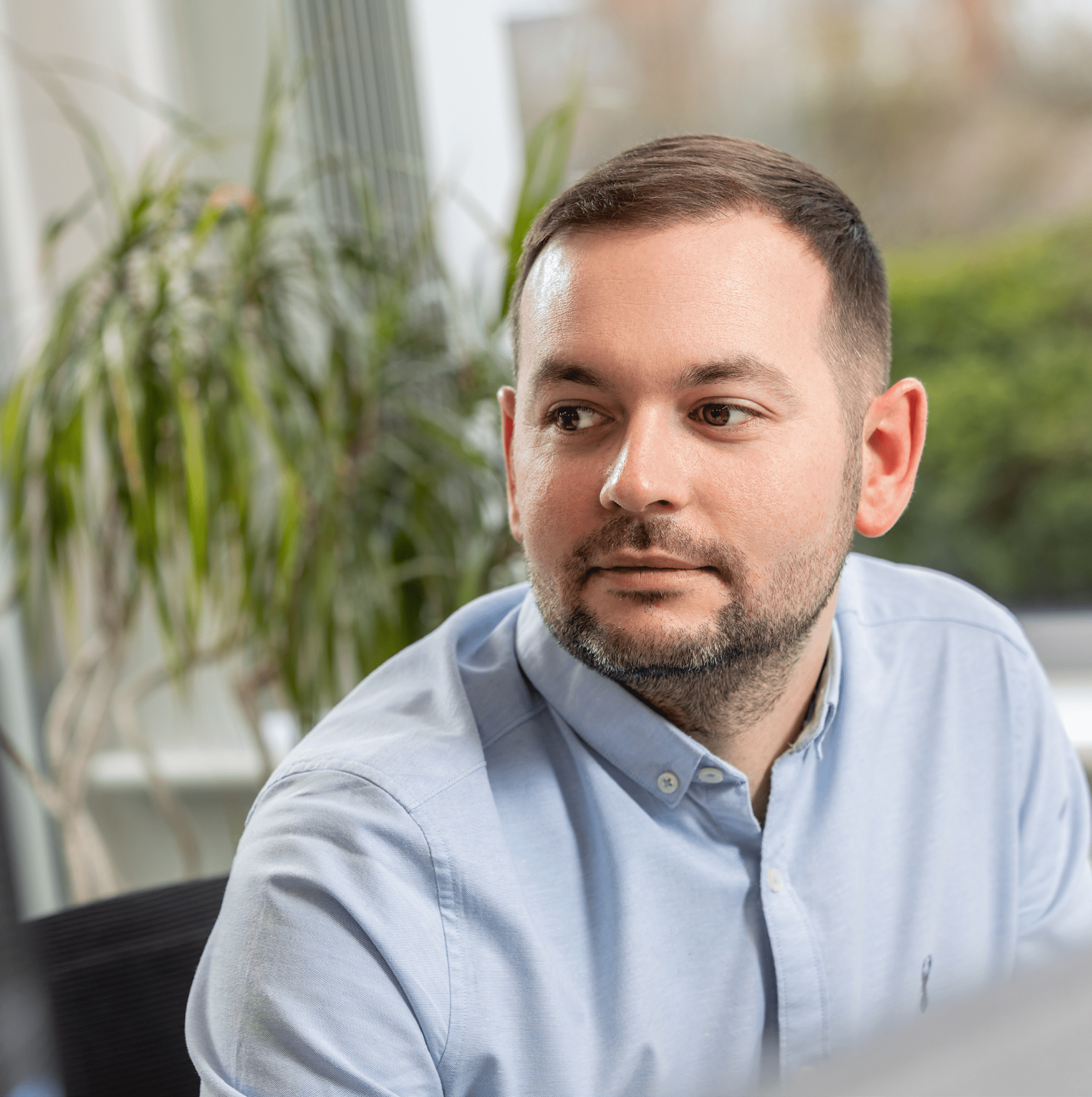 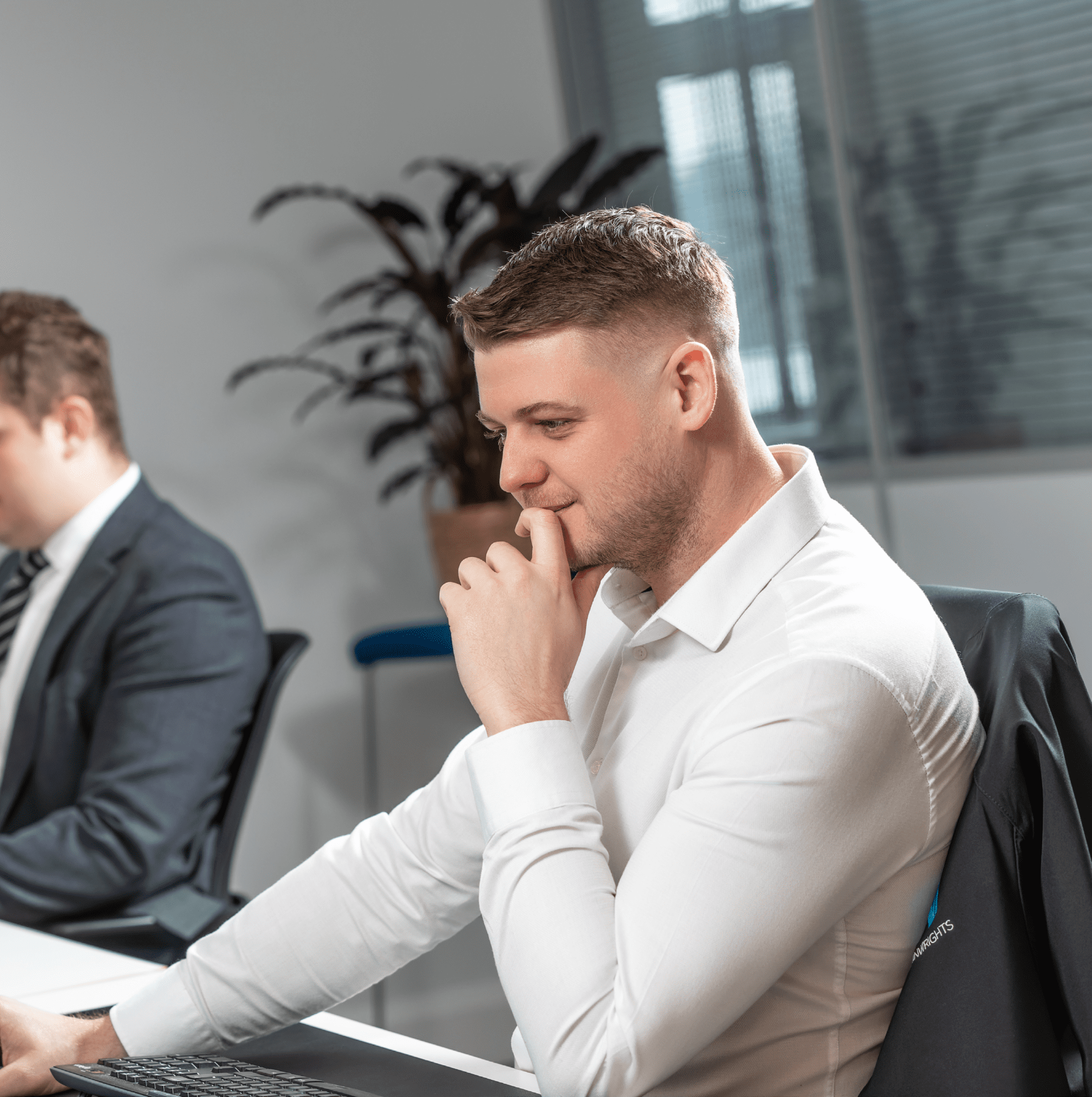 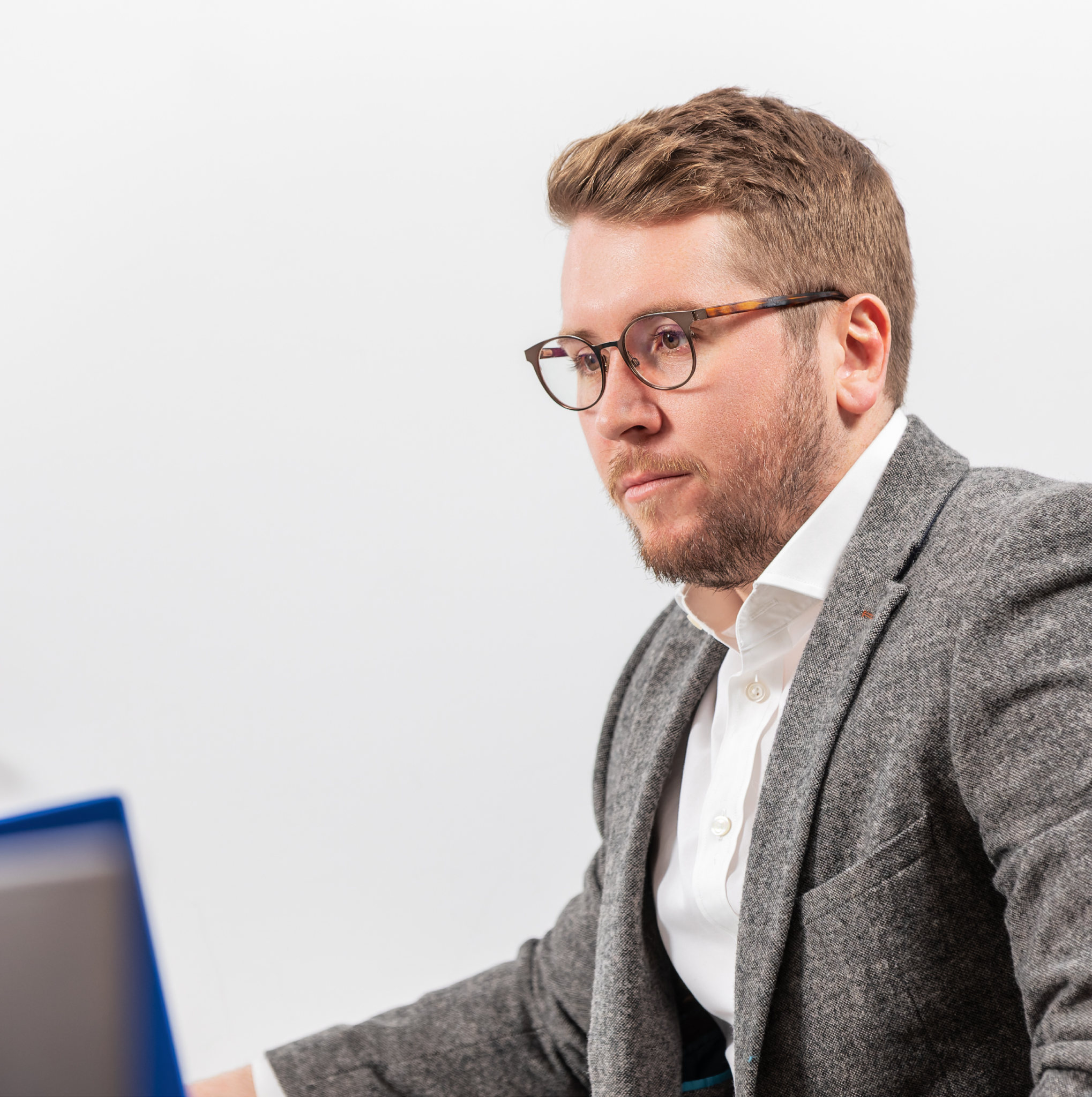 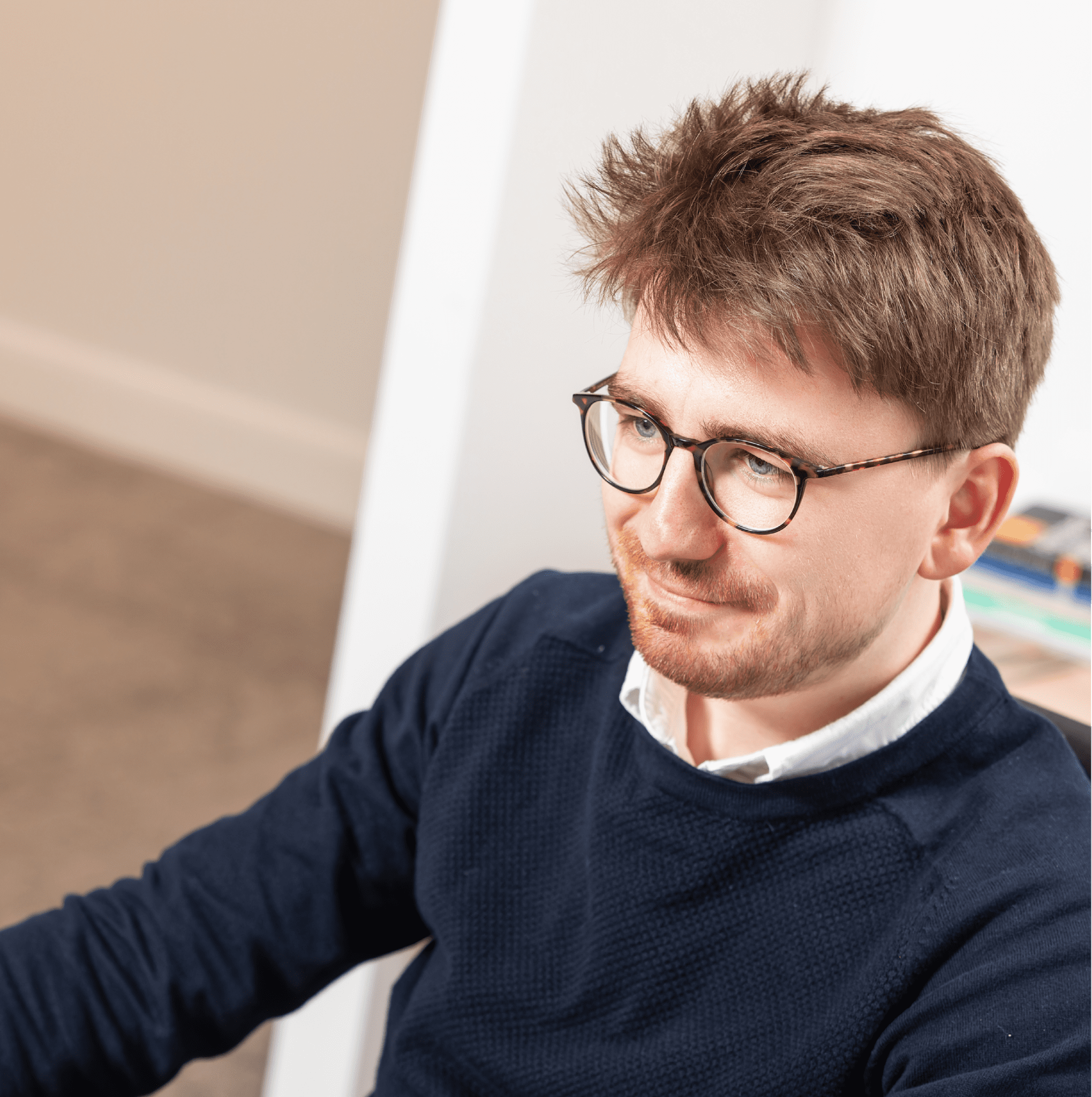 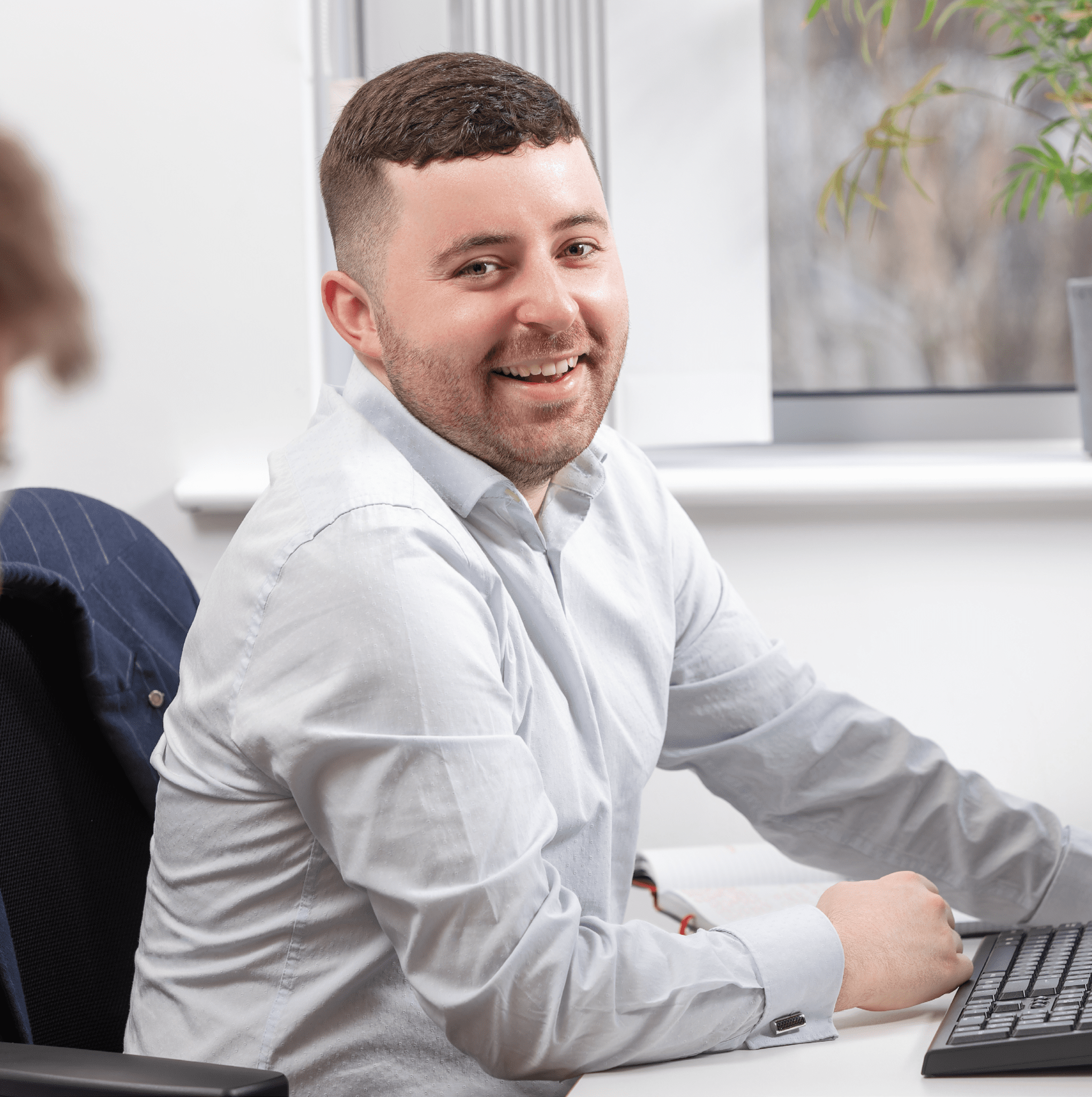 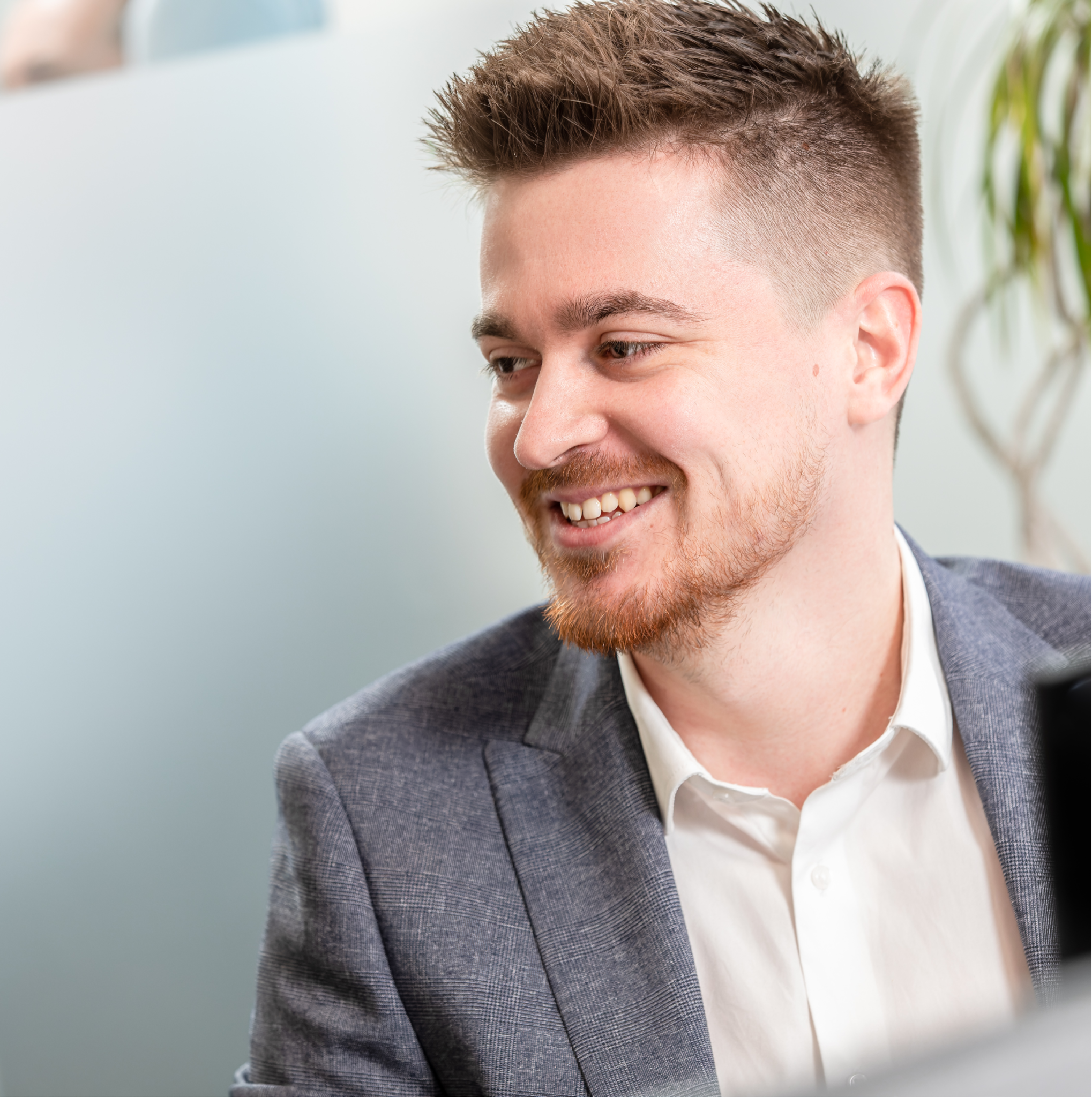 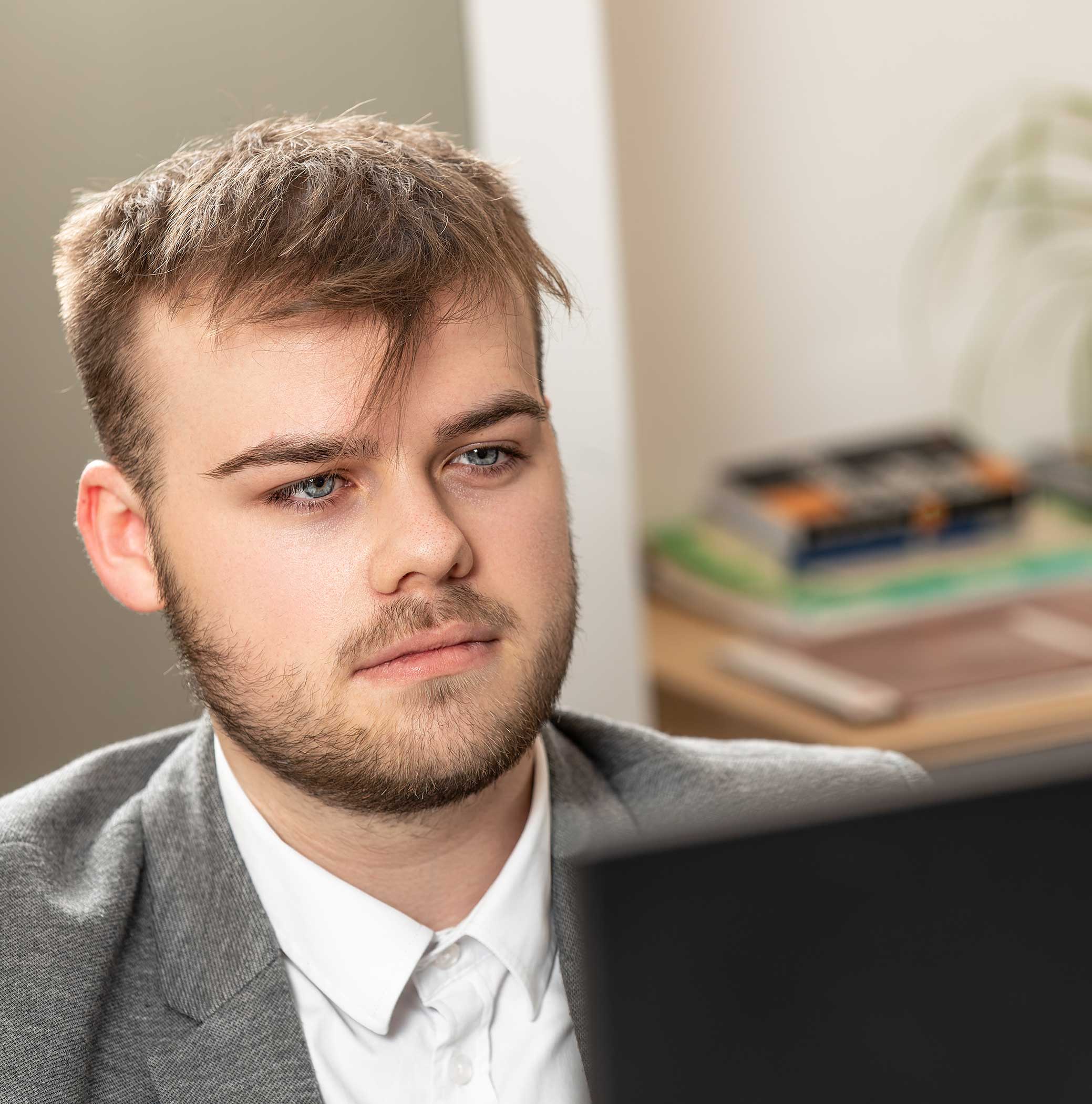 Gavin has a wealth of experience in building consultancy and project management having began his career in central London. On relocating to his Yorkshire roots, Gavin joined a national building surveying practice in Sheffield. Having honed his skills in commercial building surveying, he then moved position to an architectural office providing designs for commercial and education buildings throughout the Yorkshire region.

A highly accomplished property professional, Gavin provides invaluable support to his extensive network of clients. He has an established reputation as an industry leading property professional and construction expert. Gavin loves a challenge, is a problem solver who is a pragmatic and logical thinker, these skills have been invaluable when delivering complex schemes.

Kevin is a senior chartered building surveyor and project manager who joined Wainwrights in May 2014. He has a wide range of experience in the commercial, industrial and education sectors. Kevin undertakes contract administration and project management roles on projects of all sizes, ranging in value from £50,000 to multi-million pound schemes.

Kevin has a keen eye for identifying defects and the causes and is highly skilled at recommending suitable remedial works.

Promoted to Associate Director in March 2022, Drew heads up the architectural team at Wainwrights. He has knowledge and experience in the design and implementation of a wide range of projects including commercial, industrial, residential and master-planning schemes throughout the UK.

His expertise involves design and construction, as well as implementing building information modelling (BIM), across numerous projects whilst concentrating on sustainability to deliver highly efficient schemes for clients.

Greg has significant experience as a building surveyor, project manager and lead designer in the construction industry with knowledge gained in public, education and retail sectors.

A qualified PRINCE2 Practitioner, Greg has trained and worked with a number of property consultants including WS Atkins and DTZ as an architectural technologist, and became a building surveyor acting for a number of nationwide retailers.

Greg advanced to project manager and has delivered both new build and refurbishment projects for retailers: Sainsbury’s, Currys, Jewsons, Co-op and Home Bargains.

Greg is accomplished in framework management, having been a lead designer and project manager for both West Yorkshire and Greater Manchester Police Authorities. This included  the delivery of the UK leading terrorist holding facility for the Counter Terrorism Unit.

With over 25 years’ experience in office management for the construction, facilities management and recruitment industries, Leanne manages the business support and finance services at Wainwrights.

As well as supervising our support teams to ensure the smooth functioning of the business, Leanne works closely with the management team providing support with HR, training, recruitment, health & safety, IT, facilities management, and arranging Company Events.

Tom has significant experience as a Senior Building Surveyor and actively works with various industries from education to residential development.

He joined Wainwrights in 2020 and has been an instrumental part of the building surveying team, working alongside our Architecture department and mentoring junior Building Surveyors.

Steve is a highly experienced building surveyor with over 16 years’ experience. His comprehensive knowledge to carry out building surveying inspections and preparation of building condition reports spans many industries. These industries include healthcare, education, industrial, and civil engineering infrastructure for bridges and rail buildings, platforms and line side structures.

Steve is highly regarded for his delivery of comprehensive building surveying services, including condition reporting for both the public and private sectors. He is currently undertaking his APC in order to become a full RICS member.

Thomas has joined Wainwrights as a graduate building surveyor having graduated with a degree in Building Surveying.

Josh has a wealth of experience in commercial practice, building surveying and project management of commercial and industrial projects.

Since Josh joined Wainwrights in 2016, he has led several large commercial and industrial projects. In addition to undertaking dilapidation and liability surveys, and building condition surveys.

Josh has specialist experience in commercial dilapidations nationwide, successfully negotiating a wide range of dilapidations disputes on behalf of landlords and tenants. He offers advice and guidance to our clients in order to achieve success.

Chris is an RIBA Chartered Architect and leads up many of the residential architecture projects at Wainwrights.

He is an alumni of Manchester, Sheffield and Nottingham Schools of Architecture with extensive experience in the residential sector on projects of all scales and types; ranging from multi-million pound high-rise student accommodation, to small scale bespoke domestic house extensions.

As well as a passion for design, Chris brings an interest for conservation, being an active member of the Society for the Protection of Ancient Buildings (SPAB), and working towards his Conservation Architect accreditation.

Aside from Architecture, Chris can be found cycling in the Peak District, or visiting historic country houses.

Tom is a Chartered Architectural Technologist with a background in technical design within the Transport, Rail and Aviation sectors. He has recently enjoyed successfully delivering a number of detailed construction packages for elements of the new concourse at Gatwick Airport Train Station.

Tom joined Wainwrights in January 2022 to take on number of residential and commercial schemes through RIBA stages 4-6.

Outside of work Tom enjoys playing his guitars, squash, traveling and cooking.

Eoin joined the Wainwrights team 2020. He has gained a degree from Northumbria University and is currently undertaking his master’s degree at Leeds School of Architecture. Eoin helps the Architects to deliver projects under tight deadlines. He has a wide range of experience in residential and commercial work. He enjoys creating 3D visualisations for clients to gain a perspective of what projects will look like once complete.

Outside of work Eoin can be found enjoying a pint of craft ale in the sun. He likes to attend music gigs and explore new places.

Sarah joined the Wainwrights team in January 2022 and brings 10+ years of marketing experience to the company. Working alongside the Directors, she implements marketing strategy based on research and customer requirements.

She loves spending time with her son, gardening, practicing yoga and is an experienced rock climber.

Adam joined Wainwrights as a graduate building surveyor, having graduated from Sheffield Hallam University with a first-class honours degree in building surveying in 2020.

Adam has great commitment to the profession, and has recently completed a  one-year placement as project surveyor at Derby County Council.  His duties included client brief appraisals, measurement and on-site inspection, CAD design, planning and building control approvals and on-site management of contractors.

Whilst studying, Adam has also worked part-time for a commercial building surveying company, giving him a good grounding in the industry.

Cameron graduated from Sheffield Hallam University in 2021 with a Masters in Building Surveying. He typically assists on all aspects of building surveying, but particularly enjoys building condition surveys and project work.
In his spare time, Cameron also plays semi-professional rugby for Hull Ionians.

Lewis joined Wainwrights in 2021 and has gained some excellent experience. He has recently been assisting the building surveyors in a variety of tasks from measured surveys to dilapidation claims. Lewis is currently studying at Leeds College of Building where he is completing a Surveying Technician course.
Outside of work, he is a big Manchester United fan and often attends matches or watches them with his friends.